Ivana Adaime Makac is a visual artist living in Paris. Working in a multiplicity of media, such as installation, video and photography, she incorporates in most of her pieces living beings: plants, crickets, locusts, silkworms and mice. These small animals and insects that are often bred to feed other domesticated animals, or in animal testings, in the artist’s installations gain instead a protagonist role. Adaime Makac builds environments for them, that are often at the same time “consumable” sculptures on which the animals feed and live, as it is the case of Le Banquet (2011-2016), or Rééducation (2011-ongoing). The artist is in charge of keeping the sculptures/environments fresh, edible, and liveable for its inhabitants, adding to the work a performative side that at the same time implies care for its protagonists. Working with living beings conveys also in the works the artist’s interest for cycles and the incompleteness of forms.
Read full CV
Work in progress

Like a still-life in vivo, this project invites insects to taste sculptures composed of fruits, flowers, vegetables and different types of food.
The insects, locusts or crickets, are farmed raised and sold as living food for exotic pets.
By eating the sculptures in these « gilded cages », they escape to their « terrarium prey » destiny.
This is a non-linear evolving project with a performative component related to its need of daily maintenance.

This gallery presents a selection of images of the project as it changed along the years and in different exhibition spaces. 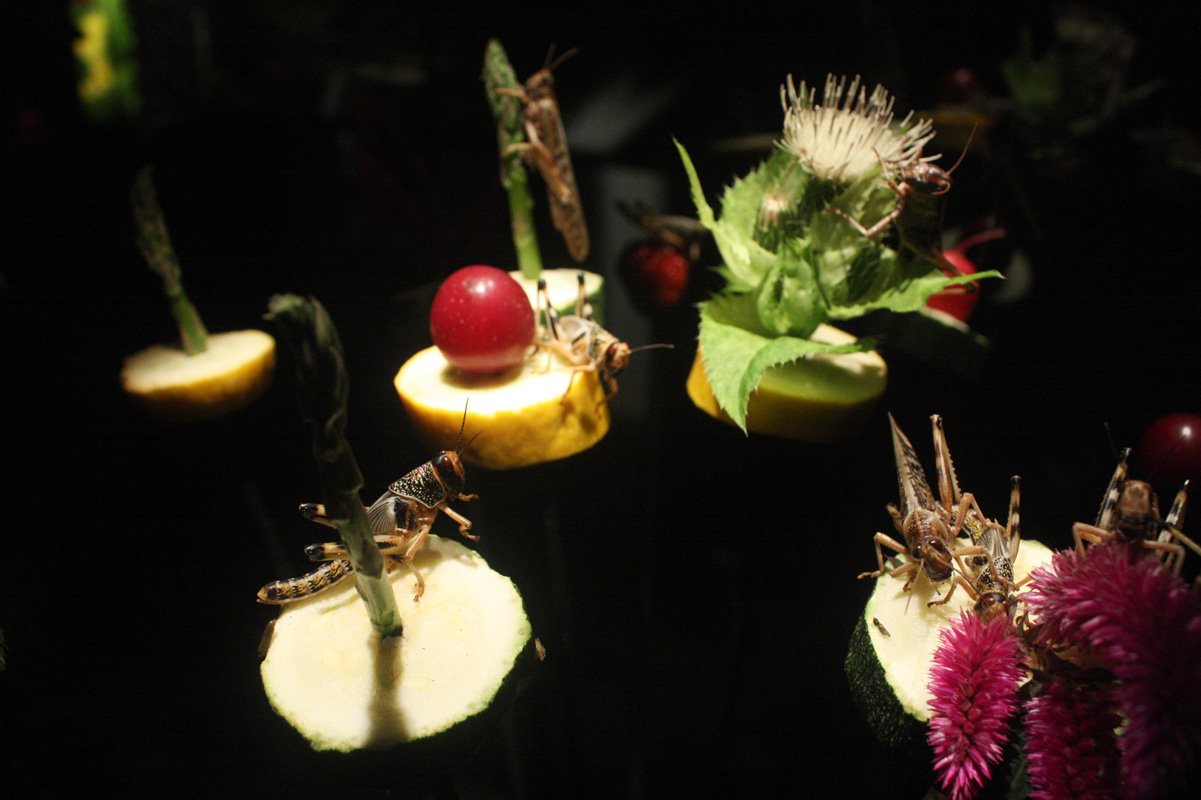 This sculpture takes up on a defensive and territorial practice common to some countries: glass shards on top of surrounding walls of properties.
Deprived of defensive functionality, the shards of glass in this sculpture become a decorative pattern and a welcoming habitat for plant cuttings to grow. 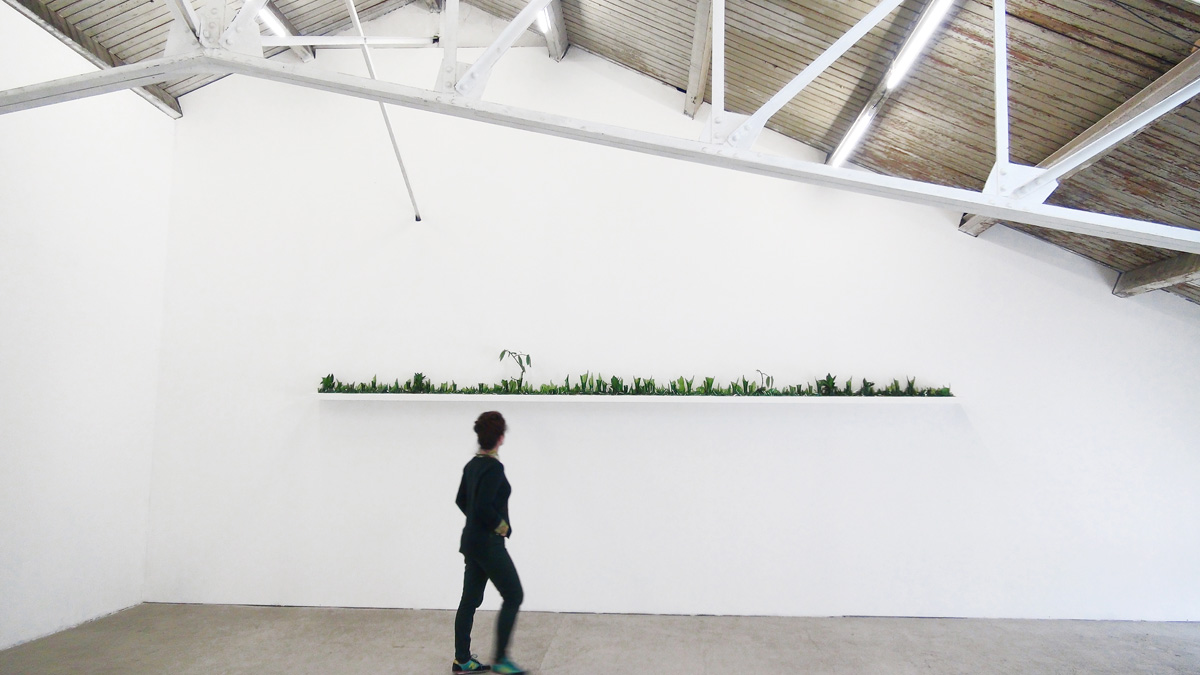 This “ready-grown/ ready-cut” is an evolving assemblage made of decorative leaves bought in flower shops. Through this fictional insect’s bites the artist become the insect and takes on the role of the « pest ». And brings up questions about the desires of decoration and control we project on plants. 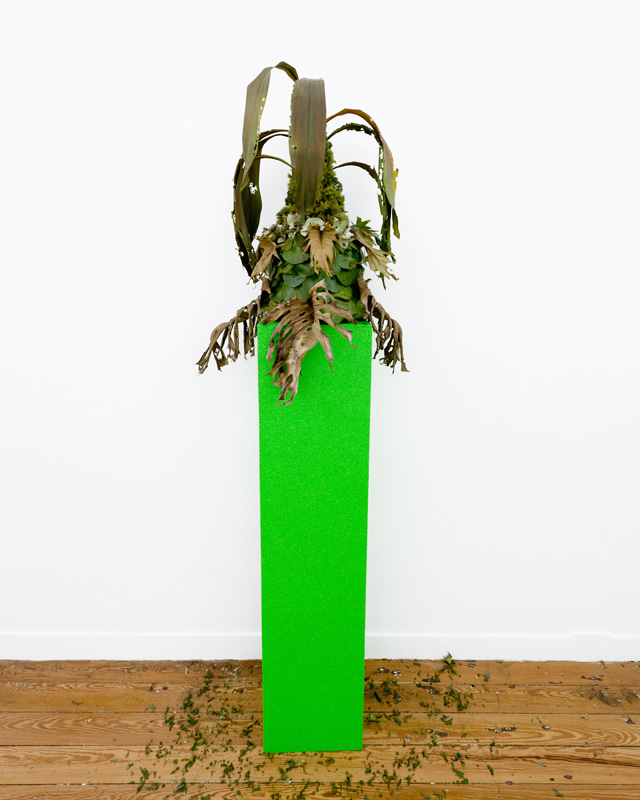 Between 2010 and 2012 the artist proposed to her mice tissue boxes as housing.
By nibbling in connection with season temperatures, mice transformed them into architecture.
Through the seasons, the objects were removed from this functional context. And then covered with a paint flake coating technique, very common between the 70’s and the 90’s to decorate and mostly protect high traffic life spaces, vulnerable to deterioration. 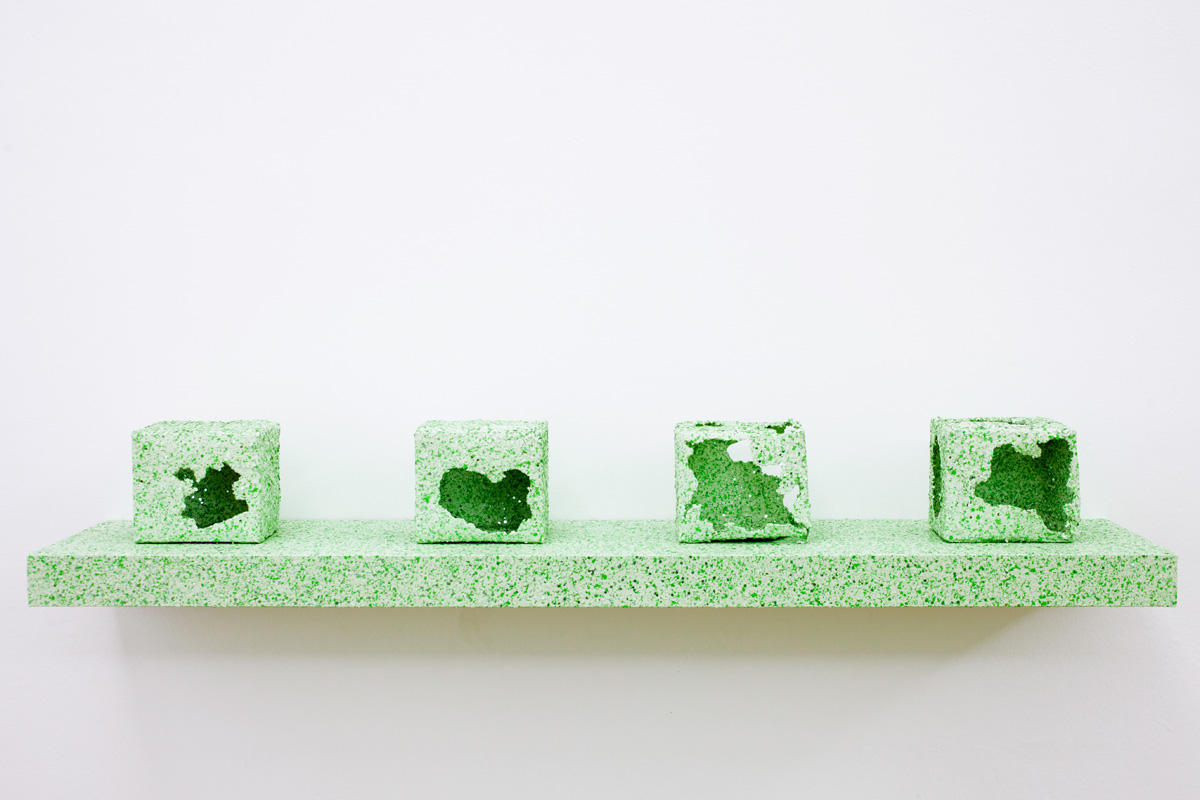 This piece is a reinterpretation of Giovanni Anselmo’s sculpture: Untitled (eating sculpture), from 1968.
The chosen materials bring new connotations and different temporalities.
The head of lettuce has been treated with a conservation technique based on glycerin used in floral art practices.
The state of this lettuce removes the evolving aspect and the maintenance need of the original sculpture. 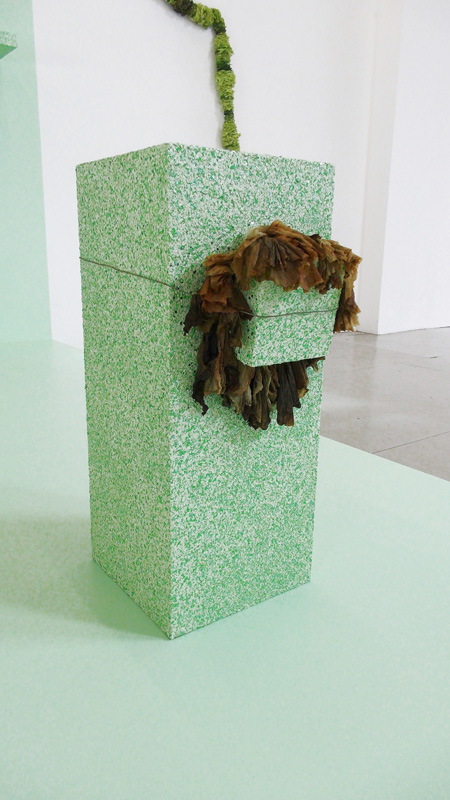