Born in Zagreb, 1965.
Lives and works in Rovinjsko Selo and Rijeka.

Tomislav Brajnović obtained his MA at Central Saint Martins College of Art and Design in London, 2003. He is Assistant Professor at the Applied Arts Academy, University of Rijeka and teaches courses at the MA in Media Arts and Practices program and New Media at Applied Arts program. He is member of the artist organisations Delta 5 and SIZ, and founder of Studio Golo Brdo and Supper with the Artist projects. His work has been featured in many solo and group exhibitions in relevant spaces in Croatia and abroad.
He received several stipends and awards including Soros Grant, Gunk Foundation Grant and Pollock Krasner Foundation Grant.
Among the residencies he participated of are worth mentioning Leitrum Sculpture Centre, The Arctic Circle and FMC Kasterlee.
Read full CV

Greenhouse (2003). Collection of the Museum of Contemporary Art, Rijeka.

The Greenhouse was originally conceived and realized as a site-specific installation and as such it was situated in the garden of the house where Brajnović lived during his one-year stay in London. In “The Greenhouse” Brajnović placed cheaply acquired objects – books, photographs, lamps, typing machine or teapots that were bought, according to the inveterate English habit, on the markets or in the second hand shops or were simply found in the street. In the process of realization of the project he associatively played with many more issues.

Elements of the installation: Greenhouse 2 x 2.25 m,
objects found at the flee markets of London,
projection of the standard 8 mm film, video, sound, light.
Film projection: 8 mm standard film version of «London Fog», a movie filmed in London showing the slow disappearance of the porcelain electric coffee pot.
Sound: “God Save the King” from the old, damaged and slowed record.
Video: A slow-motion loop of the documentation showing artist’s walk through London dressed in the gentlemen suit. 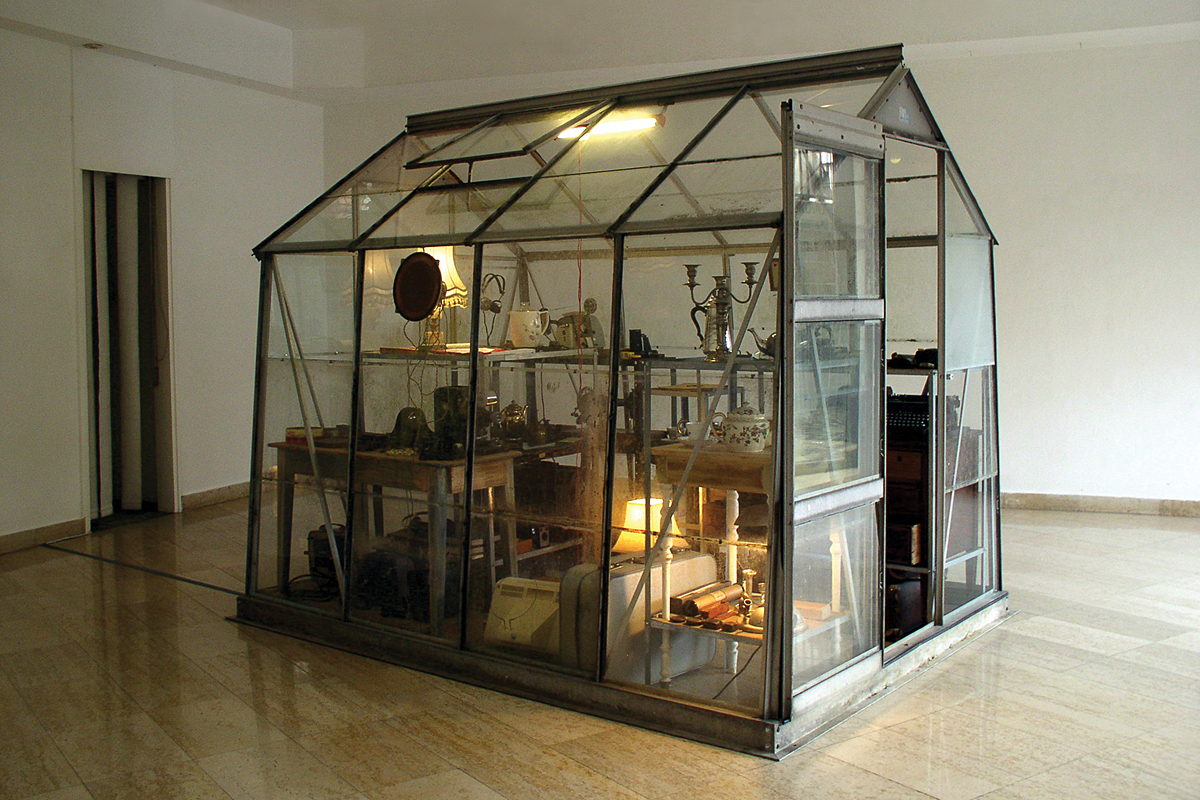 The Arctic Circle project set off in October 2009 under the organisation of The Farm Foundation from New York. Fifteen artists, three scientists and the rest of the team (Director of the Foundation, a journalist and five crew members) sailed the fjords of Svalbard, approximately 1,000 kilometres from the North Pole, for fifteen days. The hundred-year-old ship became a temporary incubator for reflection, exploration and co-operation with its carefully-selected passengers. The raw conditions in the fjords of the archipelago (the cold and the inability to carry out lasting interventions in the area…) where expeditions to conquest the far North usually set off from, dictated a specific way of realising the artistic projects and carrying out scientific research.
Brajnović made a series of interventions in the area: Greed, Fire, History, Speed, which he documented with photographs and by recording four videos: Peace, Genesis, Flag and Ego Trip.
For Olive Tree Planting, realized during the Artic Circle project, Brajnović brought on the boat two olive tree seedlings from Croatia. The intention was to freeze one, make a hole in the glacier and leave it there until the glacier melts due to global warming. He was not allowed to do so because of the law that forbids leaving ‘strange biological organisms’ on the island. As a consequence, he decided to take the ice cube with the seedling, place it on a beach covered with thin layer of snow and destroy it with a piece of coal . The video documentation of this piece is Peace. 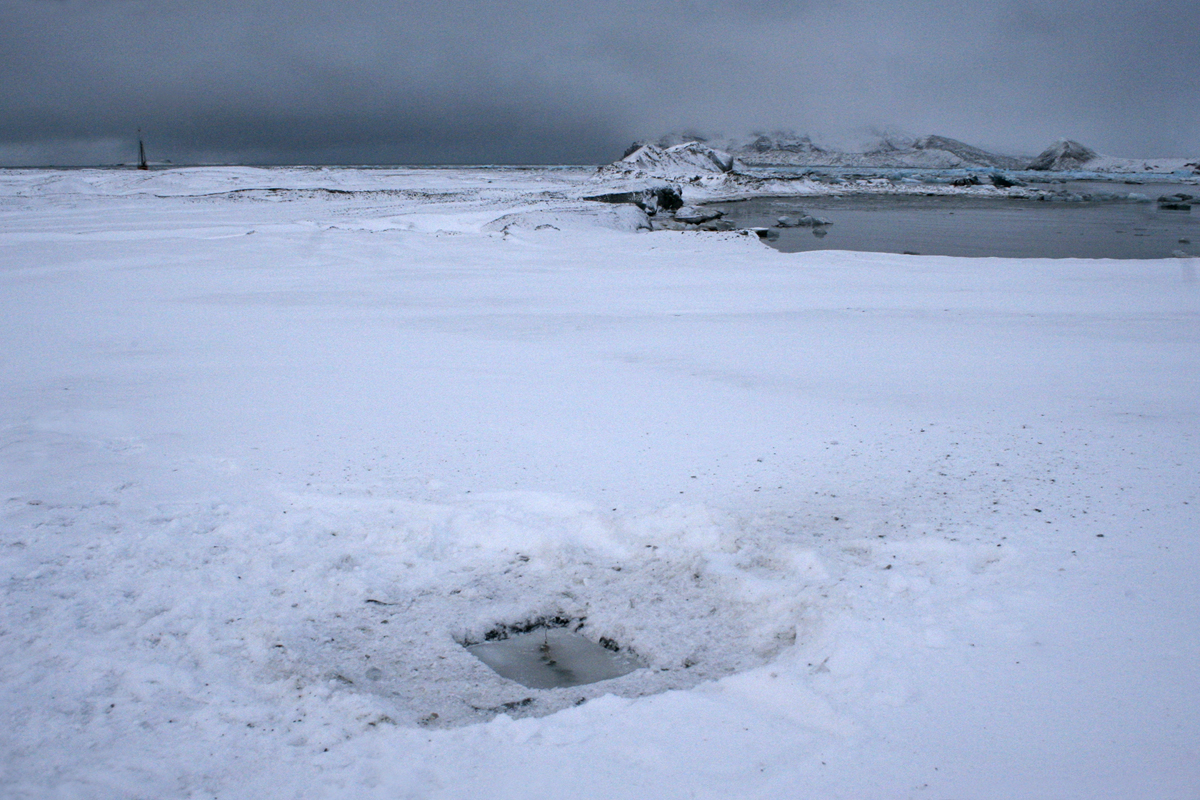 In “Law of Love and Book of Life” Tomislav Brajnovic continues his preoccupation with questioning and interpretation, defining and redefining of cultural an historical heritage. While doing so, he always seeks for primary meaning which is, often concealed by layers of historical formulations. These, he will disavow through radical destructive acts, specifically in the case of “Law of Love and Book of Life” he will use the process both creative and destructive: he is recycling books “Tuđman, prva politička biografija” (Tuđman, first political biography) and “Ustav Republike Hrvatske” (The Constitution of the Republic of Croatia) in the end using the material made from books to create paper.
The fact that both texts are political construction of the historical and political period in which they appeared that gave them high level of credibility – reveals their nature as constructs.
This conditioned relevance of the document (…) is what occupies the artist. . (Excerpt from the text by Irena Bekic) 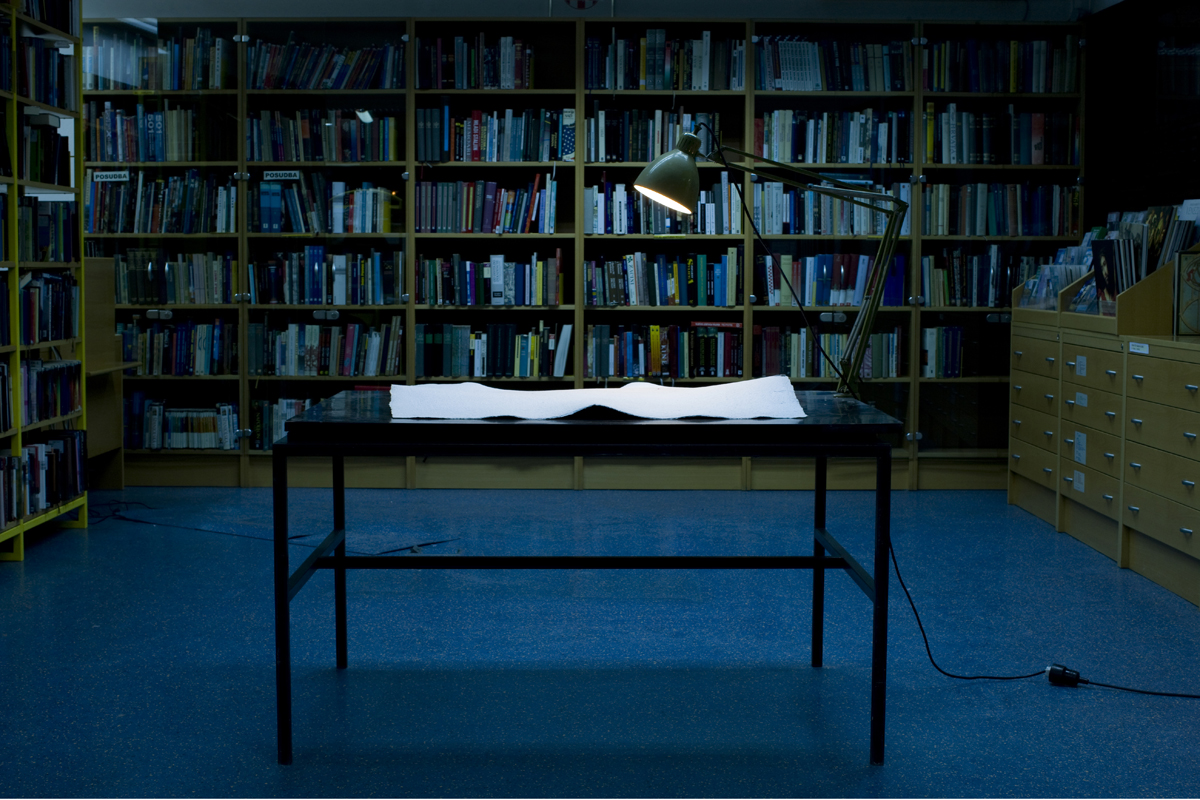